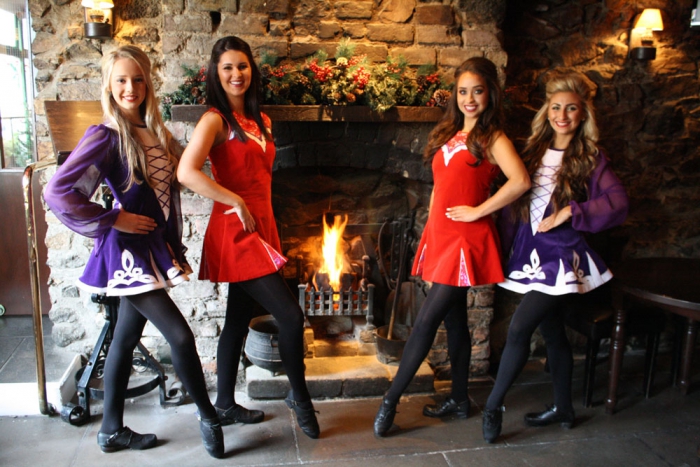 The evening commences at 7:30pm with a sumptuous three course dinner with a choice of two starters, four main courses and two desserts followed by a complimentary Irish coffee. The show, featuring our award-winning Dancers, Singers and Musicians begins at 8:15pm and showcases Ireland’s wealth of music, song and dance. Sing along to some of Ireland’s best loved ballads and songs such as ‘Danny Boy’, ‘Finnigan’s Wake’, ‘The Wild Rover’ and ‘Whiskey in the Jar’. Be mesmerized and thrilled by our dancers footwork and passion as they perform some of Ireland’s oldest dance routines such as ‘The Brush Dance’, and ‘The Sean Nos’ alongside tributes to internationally acclaimed shows. The show finishes at 10pm. We invite you to join us for an unforgettable night at The Abbey Tavern.

History of the Show

Whilst staying true to the wonderful heritage of the original show that started it all, we have raised the production values of our show by introducing professional lighting elements and the talents of a professional sound engineer. Our dancers also now play an even more prominent role throughout the show and regularly volunteer members of the audience to join them on stage for some of the dances. All of which combines to make what was the best traditional Irish show even better. We invite you to come and see for yourself why we are the original and still the best night of Authentic Irish Entertainment.

We offer delicious meals throughout the day